Neal Arden join Telford Auto Club in 1996 and started his rallying in the Welsh border lanes on night events working his way up to  the expert class. By 2000 the car was prepared for stage rallies where Neal competed in the Welsh Tarmac Championship in 2001 and 2003 in the road rally class, in 2003 he came 2nd in class which turned out to be a very hard thought and competitive class. 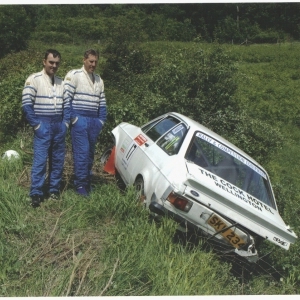 After a brief spell in a front wheel drive Neal returned to a MK2 Escort in 2007  built in conjuction with JRS Motorsport.

Initially it was built as a road rally car but was converted the following years to a tarmac spec Escort. 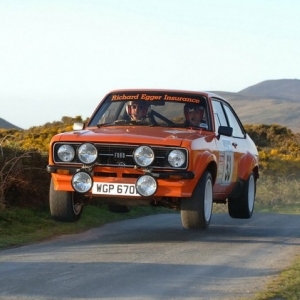 In 2012 S623XNE was repainted in the JRS Motorsport colours and has the following specs.

Supported By JRS Motorsport on the Jim Clarke Rally 2013